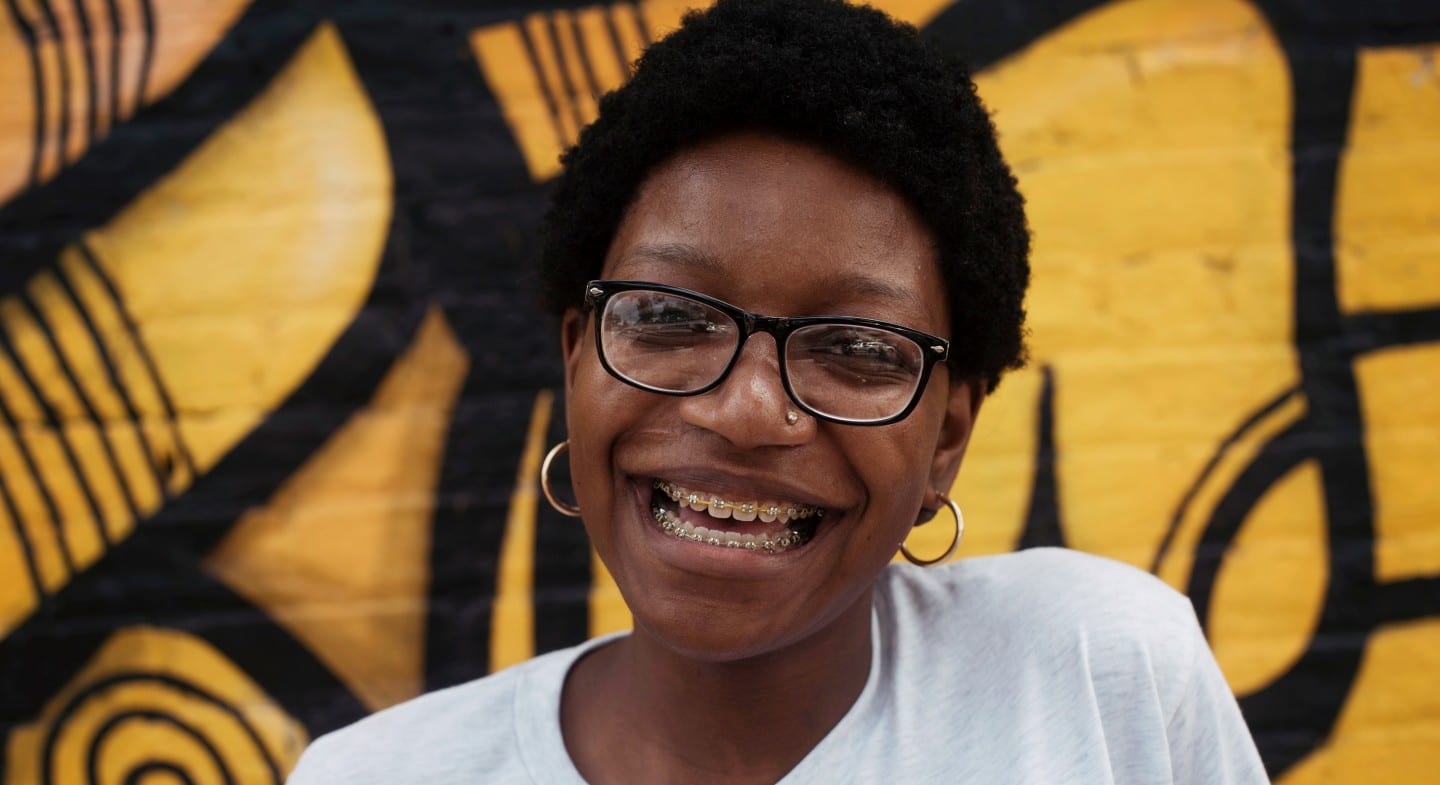 Tashima Lee just landed an internship at Electric Coin Company. It seems an unlikely gig for someone who’s studying to design prosthetics. But she says she’s built for this kind of experience.

“That’s my weirdness,” she says. “Learning inspires me — I’ve always been a bit different. All my life I turned to books, and that was my way of coping with being a kid.”

For Lee, being a kid involved moving from home to home, family to family — she was adopted at age 3 and doesn’t know much about her biological parents. She was born in Harlem, raised in the Bronx and often retreats to a corner of the apartment when the outside world becomes overwhelming.

“I had a pretty good childhood (after the adoption), but there are gangs, shootings, in this neighborhood,” she says. “I sit in my room and hear a loud pop, pop. Sometimes I don’t get out much because of that.

“It’s hard, but we’re OK. My family — my mom — always took care of us and made things easier.”

Lee has also found support among her peers at the Crypto Community Project.

“I’m not good at being social, so I latch onto people who let me in,” she says, then laughs. “When I met the people at CCP, we all became very good friends. We are from the same places, same experiences, and we all had ideas. We tell each other our doubts, and we encourage each other. We understand each other.”

Whether or not her eventual career path veers toward crypto, Lee believes it’s important to explore and experiment with a system that has the potential to help deliver economic freedom, regardless of a person’s history or location.

“I was curious about [cryptocurrencies], that’s why when Acevedo asked us about the class (CCP), I was, like, of course,” she says. “And I knew I needed to know more, because maybe there’s some good it can do in the world, and maybe I can help bring about some of that good.”

No doubt she will, in one way or another.

When Tashima was 6, she saw a neighbor remove his prosthetic leg, and she was mesmerized. It set a course that would find her majoring in biomedical engineering 13 years later. Designing these life-changing body parts marries her love of science and art, and it’s in line with her altruistic nature.

“There is a type of arm that uses neurotransmitters,” she says. “I just feel like that’s amazing. It’s fascinating. And I want to keep making these things better. People deserve a good life.”